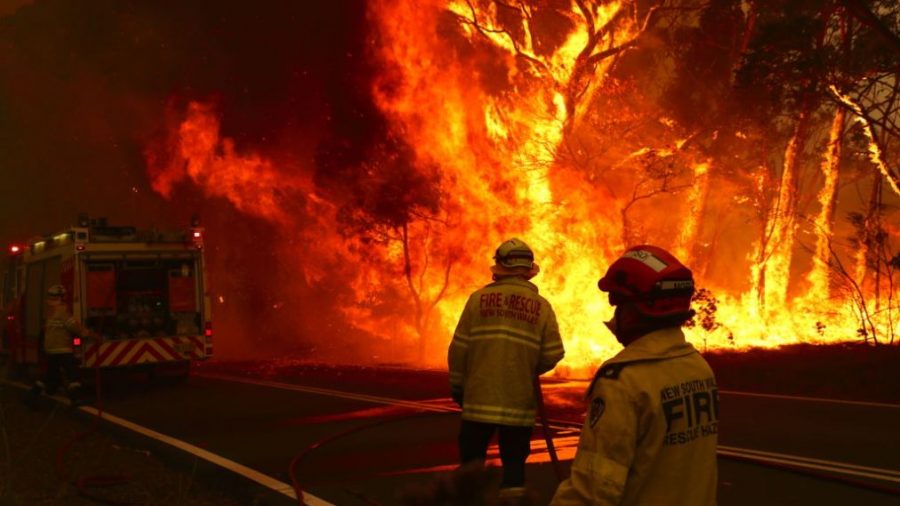 Fire and Rescue personal run to move their truck as a bushfire burns next to a major road and homes on the outskirts of the town of Bilpin.

When deadly wildfires swept across California in 2018, New Zealand and Australia sent more than 130 firefighters to help control the blaze. Now, for the first time since 2010, American firefighters are providing the same lifesaving assistance to Australia.

Dozens of fires erupted in New South Wales, Australia, in July. The government declared a state of emergency in November, and fires rapidly spread across all states to become some of the most devastating on record.

28 people nationwide have been reported dead, along with more than 3,000 homes destroyed or damaged. State and federal authorities are struggling to contain the massive blazes, even with firefighting assistance from other countries, including the United States.

In Australia, summer extends from December to February, with fire season typically peaking in late January or early February. The disaster is expected to continue. On January 3rd, officials warned that conditions would get worse over the following few days.

By January 10th, another round of massive evacuations began across the hardest-hit regions of the southeast due to dangerous winds fanning the flames. The smoke has become another disaster.

On January 1st, Australia’s capital recorded the worst pollution it’s ever seen, with an air quality index 23 times higher than what’s considered “hazardous.” Smoke in the city crept into birthing rooms, stopped MRI machines from working, and triggered respiratory distress in one elderly woman who died soon after she stepped off a plane.

The fires have caused unprecedented conditions that will affect the entire world, according to NASA. The smoke has become so thick that space satellites have begun taking pictures of the smoke, which is moving around the globe.

“The smoke is expected to make at least one full circuit around the globe, returning once again to the skies over Australia,” said Colin Seftor and Rob Gutro of NASA’s Goddard Space Flight Center.