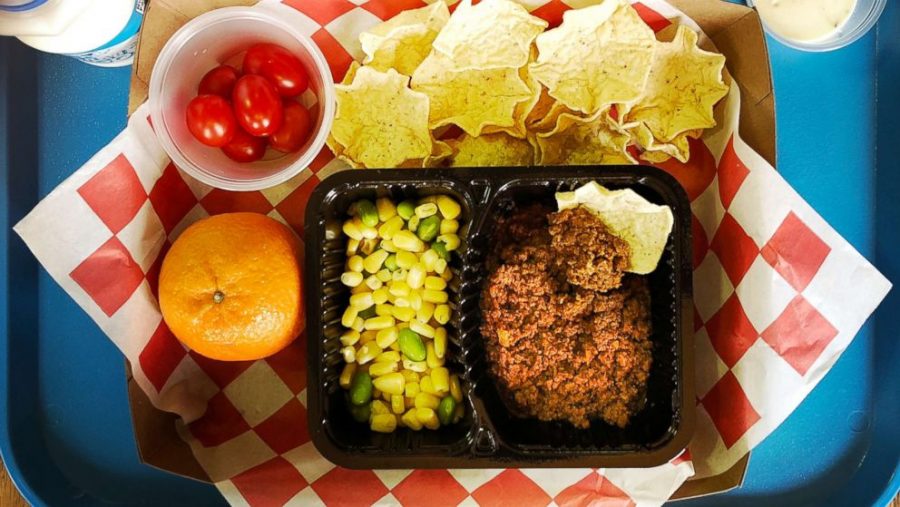 The Healthy, Hunger-Free Kids Act of 2010 is a federal statute signed into law by President Barack Obama on December 13, 2010. The bill is part of the reauthorization of funding for child nutrition. It funds child nutrition programs and free lunch programs in schools.
In addition, the bill set new nutrition standards for schools, and gave $4.5 billion for their implementation. These nutrition standards have been a point initiative of First Lady Michelle Obama in her fight against childhood obesity as part of her “Let’s Move!” initiative.
In 2011, federal spending totaled $10.1 billion for the National School Lunch Program. The Healthy, Hunger-Free Kids Act allowed USDA an opportunity to make real reforms to the school lunch and breakfast programs by improving the critical nutrition and hunger safety net for millions of children.
“The first day the change happened, I remember going home crying and hungry because I didn’t like the food,” junior Zachary Winget said. “I don’t think they should be feeding us frozen and in a bag stuff that the government thinks is healthier and better for us.”
In October 2018, a rumor was spread that administration had canceled former first lady Michelle Obama’s nutrition school lunch program. There was some truth to that claim, and the Trump administration did relax some of the nutritional guidelines of the program, but it wasn’t altogether canceled.
The Trump administration announced the proposal on January 17, 2020. When President Trump took office, he started rolling back these nutritional guidelines. In January 2020, Department of Agriculture Secretary, Sonny Perdue said that the further rollbacks proposed would help combat food waste.
The new rule would allow schools to reduce the amount of fruit included in breakfasts served one cup to a half a cup. Sweets and granola bars could fill the rest of the required calories. For lunch, schools would be allowed to serve potatoes as a vegetable.
“The National School Lunch Program would add flexibility to the existing vegetable subgroups requirement,” Emily Schmitt, nutrition specialist said.”In the School Breakfast Program, the proposed rule would make it easier for menu planners to offer meats/meat alternates and grains interchangeably without offering a minimum grains requirement daily, and would allow schools to offer a half cup of fruit in breakfasts served outside the cafeteria to reduce food waste.”
The rule would also allow them more flexibility in serving pizza, burgers, and french fries.
In a press release, Perdue asserted that the rollback is necessary because schools and school districts continue to report that there is still too much food waste and that more common-sense flexibility is needed to provide students nutritious and appetizing meals.
“Food is getting wasted. No matter what, kids are going to be defiant,” Winget said. “So, the schools should accommodate the students instead of sending them home hungry.”
The Trump administration’s newly proposed rules will be open for public comments until March 2020.