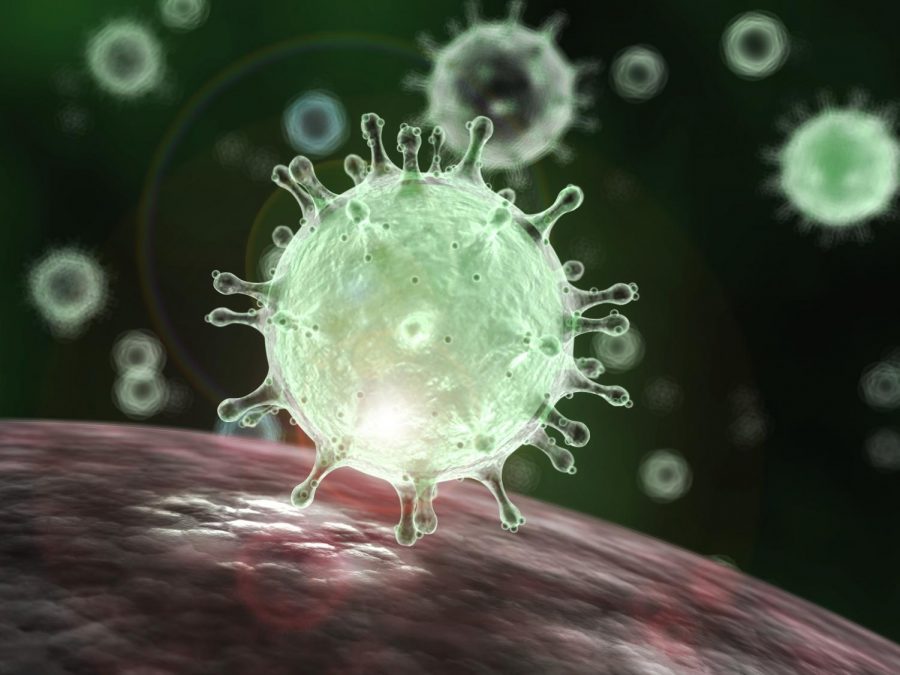 A new member of the coronavirus family was found in Wuhan, China on December 31, 2019. This virus has never before been encountered by humans, until now.
The coronavirus family is a large group of viruses that affect the respiratory system, and like most coronaviruses, it comes from animals. Scientists in China actually believe that the new coronavirus was passed down by a certain mammal-bats.
“The furry flying mammals may have been the original host of the coronavirus now crisscrossing the world,” Melissa Healy said. “But it may be another wild animal sold in Wuhan City’s Huanan Seafood Market that served up the virus to humans, who quickly began passing it to others through close contact.”
This was the very first detailed analysis on the virus that the research team had offered, and in just five days, they were proven correct.
“The new studies offer genetic and other evidence to suggest that Chinese health authorities probably caught the virus soon after it made its jump to humans,” Healy said. “And it supports the theory that something in the Huanan market served as a bridge for the virus to cross between bats and humans.”
But that wasn’t the only thing the research team discovered.
“In its early stages, the epidemic doubled in size every 7.4 days,” Healy said. “That measure, called the epidemic’s ‘serial interval,’ reflects the average span of time that elapses from the appearance of symptoms in one infected person to the appearance of symptoms in the people he will go on to infect. In the early stages of the outbreak, each infected person who became ill is estimated to have infected 2.2 others.”
With this discovery, scientists believe that the new coronavirus is just as contagious as the 1918 Spanish flu, which was one of the deadliest pandemics, with it killing 50 million in recent history.
“The new epidemic, however, is moving more slowly than the Spanish flu,” Healy said. “That’s because 2019-nCoV takes longer to induce coughing, fever and breathing difficulties in a newly infected victim.”
Dr. Michael T. Osterholm, director of the Center for Infectious Disease Research and Policy at the University of Minnesota, also noticed the resemblance between the coronavirus and the spanish flu, also known as influenza.
“I think we have to revisit which model we’re really using, and I think we really over the past week and a half have come closer to the influenza model,” Dr. Osterholm said. “Trying to stop influenza in a community without a vaccine is like trying to stop the wind. I don’t know how we’re going to stop this.”
The virus has already spread to 22 other countries, including Australia, Cambodia, Canada, Finland, France, Germany, India, Italy, Japan, Malaysia, Nepal, the Philippines, Russia, Singapore, South Korea, Sri Lanka, Taiwan, Thailand, the United Arab Emirates, the UK, the US and Vietnam.
Not only has it spread outside of China, but the virus has already spread to all the provinces in China, causing 9,600 cases and a death toll of 213.
According to Chinese officials, the majority of these deaths in China were the unwell and the elderly. And as of right now, there have been no deaths reported from outside of China.
As the new virus continues to spread, W.H.O (World Health Organization) has declared the virus as a global emergency.
“All of Wuhan’s public transportation including buses, ferries, and trains was shut down last week,” Bendix said. “Trains and airplanes coming in and out of the city were halted and roadblocks were installed to keep taxis and private cars from exiting the city.”
Nonetheless, Dr. Fauci, director of the National Institute of Allergy and Infectious Diseases in the United States, believes there could be a way to finally end this outbreak.
“If China can somehow contain its outbreak and if other countries with cases can prevent sustained transmission, Dr. Fauci said that it might be possible to end the outbreak,” Grady said.
Many countries have already evacuated people out of Wuhan and have isolated them to control and contain the spread of this new virus.
“Australians flown home from Wuhan, China will be quarantined on an island for two weeks,” Grady said. “Americans, also evacuated from Wuhan, will be ‘temporarily housed’ on an air base in California. In South Korea, the police have been empowered to detain people who refuse to be quarantined.”
Although the government is working hard to contain this new outbreak, there is still a person-to-person transmission occurring.
“The only thing operating in our favor is at least it doesn’t appear to be as severe as SARS or as MERS,” said Grady.
SARS was a coronavirus epidemic back in November 2002. There were 8,000 cases of the virus in China, resulting in 774 deaths.
“But it’s going to be a real kind of tightrope walk because if it gets so expansive, then it’s not going to just disappear the way SARS did,” Grady said.
Dr. Thomas R. Frieden, a former director of the Centers for Disease Control and Prevention, pointed out the other possible outcome.
“On the other hand, if we see a SARS-like situation, where with incredible effort they were able to isolate people, tamp down the spread, then we’re in a containment situation,” Grady said.
Another problem with this virus that is overlooked is the shortage of masks due to hoarders.
“But hoarding by those who are well means that hospitals, clinics and doctors offices could run short,” Donald G. McNeil Jr. said. “Doctors and nurses treating patients for respiratory infections should wear masks and replace them often.”
Because of this panic buying caused by the new virus, it is not only risking health care workers, but it is also creating another problem for us.