Many devstated at Bryant’s memorial service 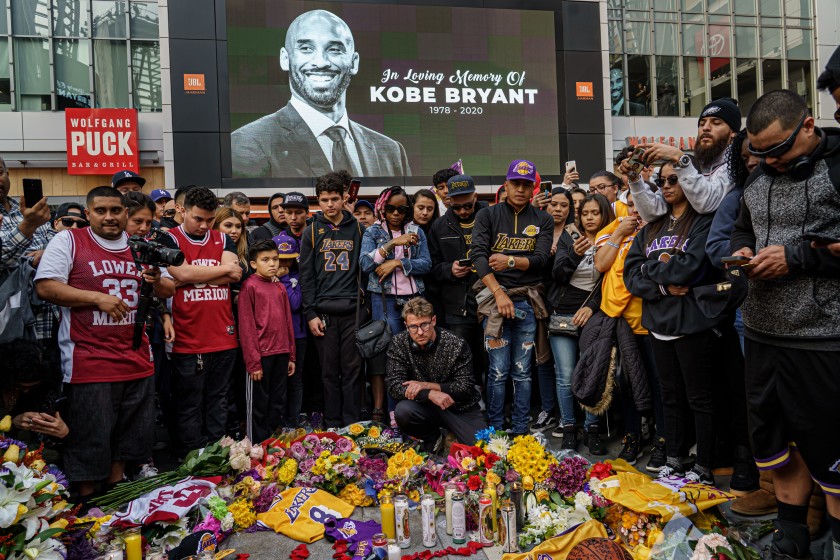 On February 24, a memorial service was held at the Staples Center for the late Kobe Bryant and his daughter Gigi. Friends, family, former teammates, and many fans packed into the Staples Center this morning for a series of tributes to the deceased Bryants, who died on January 26 in a helicopter crash in Calabasas. Former teammate and longtime friend, Shaquel O’Neal, was one of the people who spoke at the service.

“When I imagine speaking to a group of people about Kobe Bryant, I usually picture the context of his Hall of Fame induction or as a guest speaker at one of Kobe and Vanessa’s Foundation events,” O’Neal said. “Never could I have imagined that I’d be here today speaking at his memorial. And it pains me to my core. Like all of you, I continue to be devastated by the loss of my friend, my little brother, Kobe Bryant and my beautiful niece, Gigi.”

The newly appointed Lakers General Manager was also present and described where he was at the time of the crash.

”I was in church,” Pelinka said. “Everybody was about to leave when the pastor said, everyone hold up, Kobe Bryant’s helicopter just crashed.”

Friend of the family and talk show host, Jimmy Kimmel, served as master of ceremonies.

“I can only imagine how painful this is for them,” Kimmel said. “I don’t think any of us could have imagined this. Everywhere you go, you see his face. His number, Gigi’s face, Gigi’s number, everywhere, at every intersection. There are hundreds of murals painted by artists who are inspired because Kobe was an artist too. Not just in L.A., but in places where he’d be booed on the court. Kobe is missed.”

Micheal Jordan was also in attendance. The NBA great was a close friend to Kobe and saw him as a little brother and successor.

”When Kobe Bryant died, a piece of me died, and as I look in this arena, as well as across the globe, a piece of you died or else you wouldn’t be here.” Jordan said. “Those are the memories that we have to live with and we learn from. I promise you from this day forward, I will live with the memories of knowing that I had a little brother, that I tried to help in every way I could please rest in peace, little brother.”