A fresh look on locker assignments

The best location for lockers are for many who don't attend GSHS for a full day. 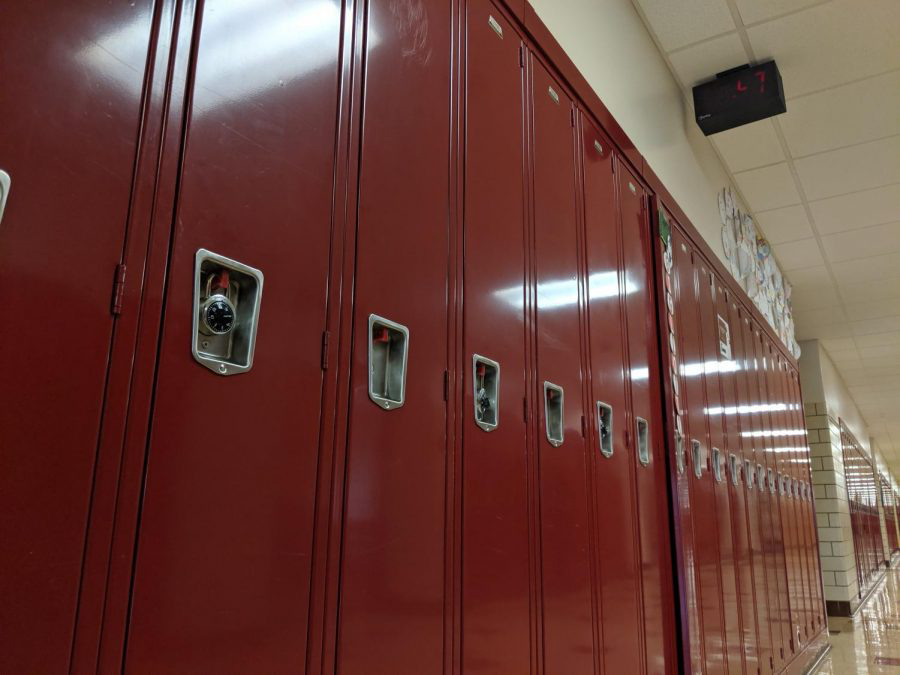 The hallways in Gibson Southern High School are simple; they form a square and most are lined with lockers. The core classes are on the second floor and divided into four core class hallways – one each for math, English, history and Spanish. The first floor consists of the agricultural hallway, better known to students as the “Ag Hall.”  It is home to the freshman lockers, which are near the main gym and the farthest away from the core classes. All other classes, including the Family and Consumer Science courses, business, science and computer sciences, are located in the basement.

All incoming freshmen attend Titan Quest, a freshman orientation, prior to the first day of school. They are given a quick tour, but unfortunately because of COVID, they are not able to walk their schedule before classes start and really learn their schedules.

I remember being a freshman and on the third day of school I walked into the wrong classroom. What made it even worse was the heavy backpack and many books the teachers assigned us. I wish I had time to go to my locker between classes or even every other class period so that I didn’t look as miserable.

The problem was and still is that the freshman lockers are located in the “Ag Hall,’ farthest from where most classes are located. If an incoming freshman has a class in this hall, then it is not so difficult to put the books away or get books out of your locker; however, most times this is not the case.

So, between crowded hallways, trying to find the classroom and five-minute passing periods, going to your locker was not an option. As a freshman, many figured they would have enough time to go to their locker, make a stop at the restroom, and get to class on time all in one go. You have five minutes; this may sound like a reasonable plan, though it is not.

Surprisingly, the lockers that were in the best place were the seniors lockers. The seniors who occupy the school usually have half days due to internships and reduced schedules. Their lockers are mainly located in the English, Spanish and history hallways, which is considered the most convenient locker placement.

The seniors who have half days have better lockers than the freshmen who are at school all day. In my opinion, this does not make sense. The freshman should have prime locker placement because they go to school all day.

However, the common thoughts are “the seniors are upperclassmen and have been doing school for more years than freshman, so they should be given better lockers.” This statement would only make sense if the senior had full days of classes. If freshman lockers were closer to core classes, it would encourage freshmen to get to class on time and go to their lockers, saving their backs from burdensome backpacks.